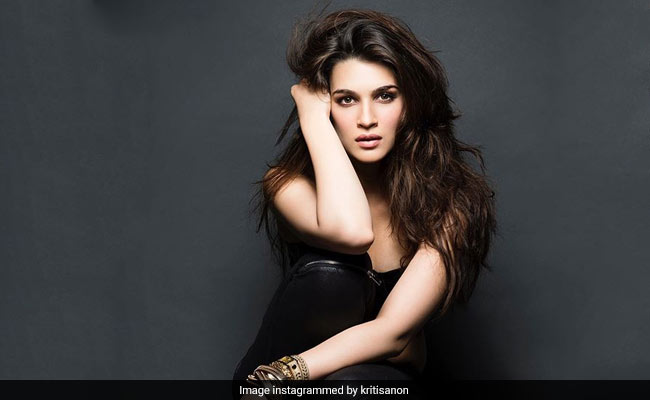 Kriti Sanon, in an exclusive interview with Pinkvilla, opened up about nepotism in the film industry and revealed that she was once replaced by a star-kid in a film. The actress, who made her debut in Bollywood with the 2014 film Heropanti, also spoke about how being an outsider with no filmy connections has affected her career till now. “I’m very ambitious and I know that I have the potential to do a lot more. I want to work with certain A-list directors. So I have got great opportunities but if I compare, there are a few more which I really want and I’d love to have. The difference is still there. I don’t mind reaching out to directors. If I had been from a film family, I would not have to reach out,” Kriti told Pinkvilla.

She added: “They would already know me, and I would have interacted with them somewhere. But after a while, only your work speaks. It probably takes way longer or more number of hit films and performances to sort of get there.”

Kriti Sanon has featured in a number of films since 2014 such as Dilwale, Raabta, Bareilly Ki Barfi, Luka Chuppi, Arjun Patiala and Housefull 4.

In the same interview, when asked about getting replaced by a star-kid in a film, Kriti said: “I don’t know if they dialed the phone or not, but someone, who was from a film family or there was a little more buzz about that person, had replaced me. So yes, it’s happened but I don’t know the reason behind it. The director might have genuinely wanted that person. It has happened a few times.”

“It irritates you a little bit and you feel bad. What else can you do beyond a point? But everyone has their own share of successes or failures. Things happen or don’t happen for a reason. Sometimes, I didn’t get a film I really wanted to do and then, it hasn’t worked as well. So maybe, some of it was for good,” the actress added.

Before Kriti, several stars have expressed their views about nepotism, including Siddhant Chaturvedi who made Bollywood debut alongside Ranveer Singh in Gully Boy.

On the work front, Kriti Sanon was last seen in the period film Panipat, in which she co-starred with Arjun Kapoor. She will next be seen in Laxman Utekar’s Mimi, which is a remake of the National Award winning 2011 Marathi film Mala Aai Vhhaychy!. Kriti will play the role of a surrogate mother in the film.

Singer Pink Reveals She And Her 3-Year-Old Son Had Coronavirus, Pledges Donation To Relief Funds: “This Is Serious And Real”

Singer Pink with her three-year-old son (courtesy pink )Highlights"Fortunately, our primary care physician had access to tests," she wrote "My...

Did SARS-CoV-2 begin from a lab?