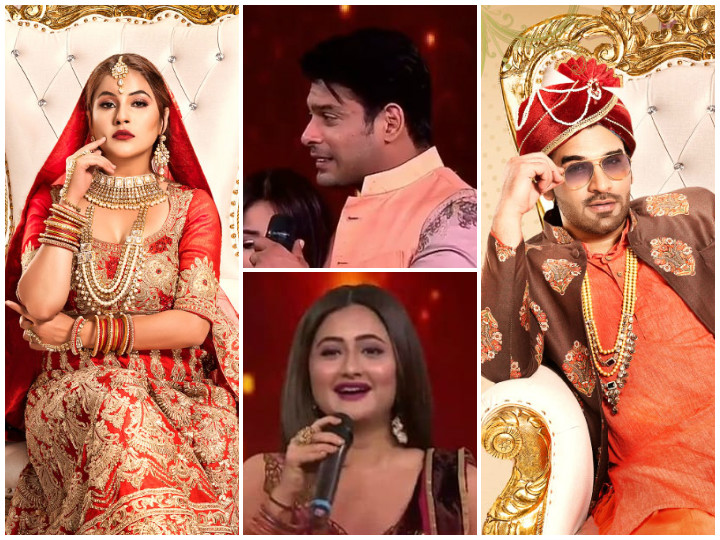 New Delhi: Colors TV’s swayamvar series ‘Mujhse Shaadi Karoge’ has finally replaced super-hit reality show ‘Bigg Boss 13’. The new show started last night (February 17) in which ‘Bigg Boss 13’ contestants Paras Chhabra & Shehnaaz Kaur Gill will be seen looking out for their perfect partners. The show started on a fun note with Maniesh Paul as its host & the fans are now expecting various twists in the upcoming episodes. As reported earlier, ‘Bigg Boss 12’ fame Jasleen Matharu will be introduced as one of the participants for Paras Chhabra’s swayamvar, two ‘Bigg Boss 13’ finalists will also be seen making an appearance on the show in tonight’s (February 17) episode.

As shown in the latest promo, ‘Bigg Boss 13’ winner Sidharth Shukla & third runner-up Rashami Desai will be seen in ‘Mujhse Shaadi Karoge’. Shehnaaz will be seen beaming with joy after reuniting with her ‘BB 13’ BFF Sidharth whereas she’ll indulge in a fun banter with Rashami.

Take a look at the promos below:

Bigg Boss 13 has ended and we got to see so many beautiful friendships in the house this season. One...

Seen in TV shows like "FIR" and "Ramayan: Sabke Jeevan Ka Aadhar", actress Mahika Sharma is stuck in the United...

Sunday is here and we are here with those who have aced the social media game. If you guys have...

Karisma Kapoor Enjoys ‘Simple Pleasures’ At Home. Can You Guess What She Ate?