Sri Guru Raghavendra Sahakara Bank: Depositors of the bank say they are worried

S Nagaraju, 68, queued up along with other worried customers of Sri Guru Raghavendra Sahakara Bank in Bengaluru’s leafy Basavanagudi. The retired government official lives alone and depends on his pension and interest from his fixed deposit at the co-operative bank to run his household. He says the Reserve Bank India’s directions that customers can only withdraw Rs 35,000 for the next six months will “make life very difficult”.

The RBI has made it clear that the bank has to carry out business in a restricted manner till its financial position improves. The central bank has, however, said it has not cancelled the bank’s licence.

“Sixty-two borrowers have defaulted… We met them on January 7. The whole board was there. They have 42 days to reply. We have collected additional security of Rs 120 crore and we’re 200 per cent confident of getting it back,” the chief adviser to the bank, Vasudev Maiyya, told NDTV. “For an advance of Rs 1,700 crore, we have got security of Rs 2,200 crore… Everything will be cleared by March 31,” he added. 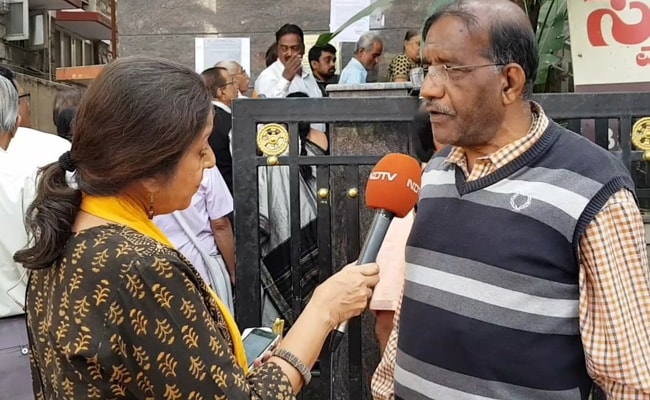 “I have a fixed deposit. I need the interest from that. My pension is small,” S Nagaraju, 68, told NDTV

“We can’t give more than Rs 35,000 because of the RBI order… (BJP MP) Tejasvi Surya is already in dialogue with the Finance Minister (Nirmala Sitharaman)… There are banks in Bangalore that have not paid dividends for three years, but we are paying 16 per cent dividend,” the bank officer said. “We were busy with the general body (meeting). Our president went to ICU (intensive care unit). Our VP (vice president) passed away. One of our directors passed away. We were all concerned regarding that,” Mr Maiyya told NDTV.

The people who queued up outside the bank’s main branch say they are still worried. After they reached out to BJP MP in the city, Tejasvi Surya, he tweeted he has spoken with Finance Minister Nirmala Sitharaman and depositors should not worry.

“I want to assure all depositors of Sri Guru Raghavendra Co-operative Bank to not panic. Hon’ble Finance Minister Smt. @nsitharaman is appraised of matter & is personally monitoring the issue. She has assured Govt will protect interests of depositors. Grateful for her concern,” Mr Surya tweeted on Monday.

Mr Surya also posted notices outside the bank telling customers not to panic.

Thousands of angry depositors crowded an auditorium in Bengaluru on Monday to seek clarification on the safety of their deposits. The bank had invited them to assemble there for a briefing.

“The bank is telling that I cannot withdraw more than Rs 35,000. In case our fixed deposit matures, we have to renew it as we cannot encash it,” said Nagaraj M, 49, an account holder with the bank for the last six years.

“We want the directors of the bank here,” a depositor shouted from the stage.

The crisis at the Bengaluru bank unfolded months after a similar lender, Punjab and Maharashtra Co-operative (PMC) Bank, imposed withdrawal limit following an order from the RBI. A police case was filed after promoters of the crisis-hit real estate firm Housing Development and Infrastructure Ltd (HDIL) allegedly defaulted on loans to PMC Bank worth up to Rs 4,300 crore.

“I’m Choosing Not To Do It”: Trump As US Urges Citizens To Wear Masks

“Should Rethink”: Maharashtra Minister On PM’s Call To Turn Off Lights

“I’m Choosing Not To Do It”: Trump As US Urges Citizens To Wear Masks

HighlightsMore than one million people worldwide infected by COVID-19 US set a new record for COVID-19 deaths in one...

“Should Rethink”: Maharashtra Minister On PM’s Call To Turn Off Lights

Maharashtra Energy Minister Dr Nitin Raut has urged people to not to put off lights at the same time.Mumbai/...

4 Men Booked Under NSA For Attack On Health Workers

INDORE: In a first stern action taken related to the COVID-19 pandemic, the Indore district administration booked four men under...

Over 7,000 people have died in US since the pandemic began.Washington: The United States recorded nearly 1,500 deaths from...

Man Arrested In Assam For Objectionable Post On PM Modi

A case has been registered against him and his interrogation is underway.Silchar: A man was arrested in Assam for...