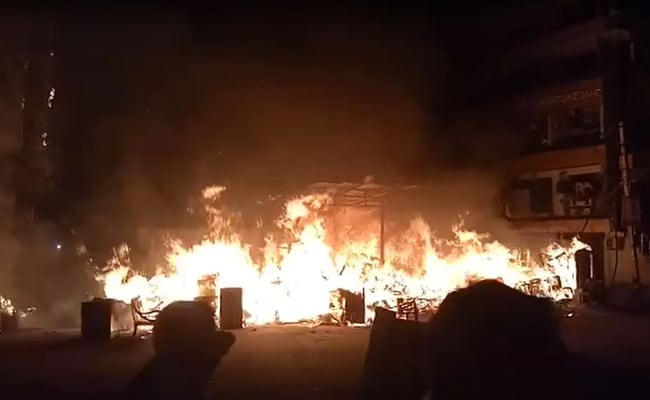 A fire broke out at a furniture market in Shaheen Bagh in south Delhi today evening, officials said. At least four fire trucks are at the site.

Fire department officials said they are trying to bring the situation under control.

Shaheen Bagh had become the epicentre of the protest against the Citizenship (Amendment) Act. Groups mostly led by women had set up camps on the middle of a stretch at the south Delhi locality and dug in for over three months in protest against the amended law that fast-tracks the process of granting citizenship to persecuted non-Muslim minorities from three neighbouring countries.

The protesters have withdrawn for now due to the national lockdown over the COVID-19 pandemic.