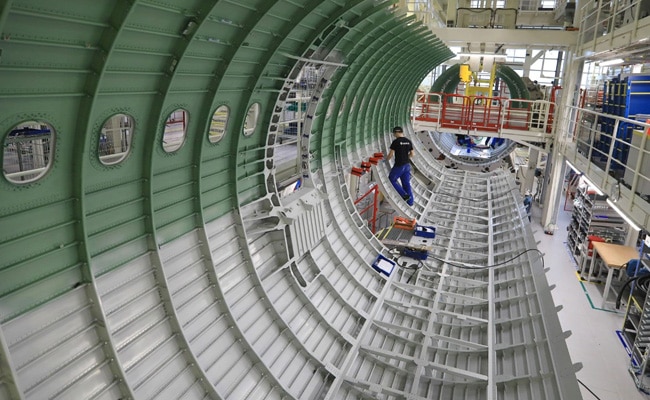 Other countries named in the investigation have also begun examining deals involving Airbus.

Indian officials have intensified a probe into whether a $2.2 billion Airbus SE jetliner sale to a state-owned airline involved bribes, according to a person directly involved in the investigation.

India’s Enforcement Directorate is inspecting a payment of 1.42 billion rupees ($20 million) linked to the 2006 purchase of 43 jets by Indian Airlines, as well as a commitment to provide aircraft-overhaul facilities that were never built, according to the person, who asked not to be named as the matter isn’t public.

All told, the investigation is examining benefits to Airbus of 10 billion rupees, the person said. That’s the equivalent of about $140 million. The Enforcement Directorate didn’t respond to two phone calls seeking comment, while a spokesman for Airbus declined to comment.

The decision to re-invigorate the probe in recent weeks suggests Airbus has more fallout to contend with after its record $4 billion legal settlement for making payments to win jet orders. French, British and U.S. prosecutors studied deals in about 20 countries including India, though it wasn’t among the 12 nations covered by last month’s final settlement.

“The beauty of the situation from any civil claimant’s point of view is Airbus has spilled the beans on itself,” said Philip Marshall, a trial attorney at Serle Court Chambers in London. “Depending on the detail there are potentially quite a few civil claims that could arise out of this.”

India is stepping up a probe that began as a police investigation in 2010, four years after the Indian Airlines order for A320-series narrow-body jets, with a team later sent to Europe to question Airbus executives. The government merged the mainly domestic operator with flag-carrier Air India Ltd. a year after the purchase.

Other countries named in the investigation have also begun examining deals involving Airbus.

In Colombia, also on the list, flag-carrier Avianca has said that it’s conducting an internal investigation into its relationship with Airbus and will cooperate with overseas authorities.

Austrian Defense Minister Klaudia Tanner said the country could terminate a 17-year-old deal to purchase Typhoon jets from the Eurofighter consortium, of which Airbus is a member, after the deal was highlighted in the U.S. probe.

Airbus agreed in 2018 to pay an 81 million-euro ($88 million) fine to end a five-year investigation of the transaction by German prosecutors, though the resolution stopped short of saying bribery took place. Austria claims it was overcharged for expenses that included lobbying and kickbacks and received planes that weren’t ready on time in the right configuration.

Among other things, the Indian probe is looking at why the specified maintenance provision, worth about $175 million, wasn’t in the final agreement with Airbus, and whether its removal involved impropriety, the person said.

The Enforcement Directorate, part of India’s finance ministry, is seeking help from authorities in France, according to the person. It has also reached out to Singapore, where some bank accounts related to suspect transactions were traced.

Airbus anticipates further costs from tax and legal disputes of a “mid-to-high triple digit million-euro amount” this year, it said in an earnings statement last week. That’s on top of a 3.6 billion-euro hit from the January settlement.

Now that they’re in the public glare, “a number of airlines and countries have something to contemplate and to pursue should they decide it’s warranted,” said Jefferies International analyst Sandy Morris.

US President Donald Trump said he spoke to PM Modi on Sunday.Washington/ New Delhi: India may face retaliation from...