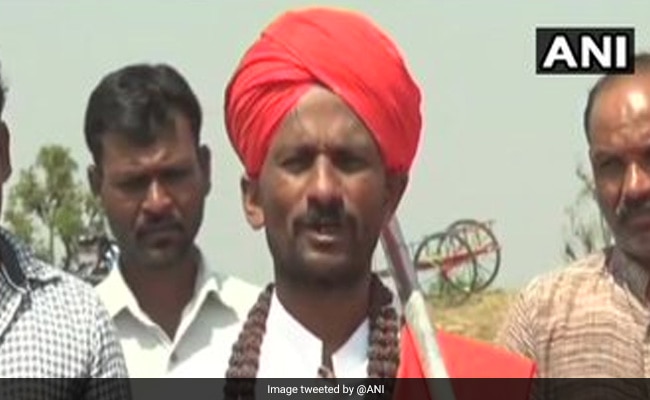 A Muslim man has been chosen as the head of a new Lingayat mutt coming up in north Karnatak’s Gadag. Diwan Sharief Mulla is in his thirties and comes from a family which respects the teachings of Basava, the 12th Century founder of the Lingayat faith.

“In Gadag district in Ron taluk… the place where Sri Pala Eshwara was born and where the Murugendra Pouraneshwara institution is being established, Govind Bhat put on the cross thread (the sacred thread worn by the Brahmins)  on a Muslim and put the responsibility of the world on me. In the same way the institution’s Kajuri Swamiji has given me the ishta linga.”

The ishta linga is a symbol of the Lingayat faith. The founder of the faith, 12th century poet-saint, Basava, had spoken of unity between people and the need to remove social barriers.

H K Patil, the Congress leader from the region, said: “In Gadag, the mutt has a practice of making a person of any community head of the jatra committee. For several years, one or the other Muslim gentleman who is religious, who has faith in Basava philosophies, they are chosen as chairman of jatra committee… This is nothing surprising and is a very healthy development.”

The Lingayat mutt of Gadag is one of the 361 monasteries belonging to the Sri Jagadguru Murugharajendra Matha of Chitradurga, which draw lakhs of followers from across the country.

Two acres of land for the mutt had been donated by Diwan Sharief’s parents, who had been influenced by the teachings of Lingayat leaders.

The appointment comes in the backdrop of huge protests against the citizenship law, which for the first time, makes religion a factor in citizenship. The new law facilitates citizenship for non-Muslim refugees from Pakistan, Bangladesh and Afghanistan, who flees because of religious persecution.

“Everyone has supported me. Nobody has opposed me. Going ahead, let the teachings of Basava grow,” Diwan Sharief said.

“It does not matter what caste you belong to. If God appears to you for a path of goodwill and sacrifice, you will do it regardless of the man-made restrictions of birth and caste,” Sri Murugarajendra Koraneswara Swami was quoted as saying by news agency ANI.

India says will not 'rush into' a trade deal with US