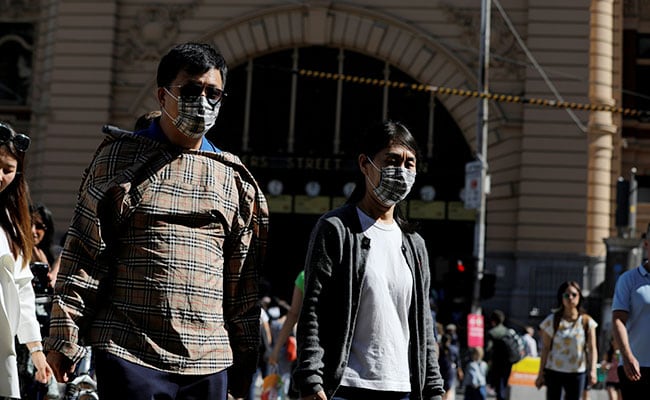 Australia is introducing enforced quarantine by midnight on Saturday for citizens returning home from overseas and will deploy the armed forces to ensure people already subjected to self-isolation measures are complying.

Prime Minister Scott Morrison said on Friday that returning Australians accounted for around two thirds of the country’s more than 3,000 coronavirus cases, making it the “biggest issue” to be addressed in the country’s fight against the pandemic.

“As time has gone on, the risk of those who are returning from other parts of the world actually increases,” Scott Morrison said in a televised briefing.

Australia has already closed its borders to everyone but Australian citizens or residents returning home. Those returnees will now be detained in a hotel for two weeks, rather than trusted to go home and self-isolate.

The Australian Defence Force (ADF) will be sent out to check recent returnees are complying with the previous order to self-isolate at their home for the same period of time, a rare step in a country where the military is not often seen on the streets.

“The ADF will be there to put boots on the ground,” Scott Morrison said.

The rate of infections across Australia remains much slower than in many other countries, but officials are concerned that the number of cases has accelerated over the past week, particularly in the most populated states of New South Wales (NSW) and Victoria. There have been 13 deaths nationally.

Despite the relatively low numbers, there has been frustration and anger over contradictory guidance from the federal government, state legislators and health officials in recent days over the necessary level of social distancing.

At the same media conference where Morrison announced returning Australians as the No. 1 issue to tackle, Australia’s chief medical officer Brendan Murphy said the priority from a health perspective was preventing any potential spike in local transmissions.

“We’re not kidding ourselves – if community transmission becomes significant, that is the real serious concern,” Murphy said. “That’s why these social distancing measures are just so important.”

That has been a particularly thorny issue for Morrison’s government, which has said that schools should remain open and has so far backed away from the more sweeping lockdowns on public movement seen in Europe.

The leaders of NSW and Victoria state have both said they are ready to push ahead with tighter curbs when – rather than if – they become necessary.

“We will get to a point where we need to do more,” Victoria Premier Daniel Andrews said after Morrison spoke.

Mr Andrews said measures like the enforced quarantine for returning travellers were a “big step to take away someone’s liberty … but this is life and death. There is too much at stake to do otherwise.”

Cruise ships have become a flashpoint in Australia after almost 200 of 2,700 passengers who were allowed to disembark from Carnival Corp’s Ruby Princess in Sydney a week ago later tested positive for COVID-19.

Murphy noted on Friday that case numbers had “not been helped by a recent cruise ship”. The blunder sparked widespread anger, a blame game between state and federal authorities, and tighter scrutiny of cruise ships still in Australian waters.

One liner off the west coast, the German-owned MV Artania, was permitted to dock on Friday morning after a medical emergency on board. Seven passengers have tested positive for COVID-19, with one now in hospital in a critical condition.

Western Australia state Premier Mark McGowan said arrangements were being made for around 800 remaining passengers to be transferred to waiting planes for charter flights to Germany, the home country of the bulk of the tourists.

Australian passengers on board a second cruise ship in Western Australian waters, the Vasco da Gama, will be quarantined on the former prison island turned tourist destination of Rottnest island from Monday. Other passengers will be flown home.