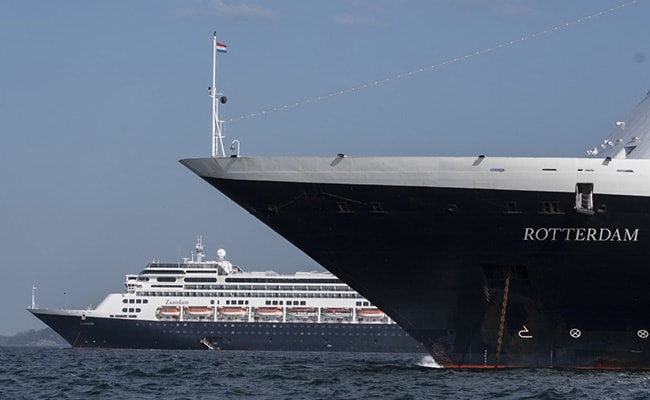 The Zaandam will now head to Fort Lauderdale in Florida.

Passengers on a virus-stricken cruise liner stranded off Central America were transferred to another ship Saturday, after the US-bound vessel was given permission to pass through the Panama Canal.

The Zaandam had been stuck in the Pacific Ocean since March 14 after dozens of the 1,800 people on board reported flu-like symptoms and several South American ports refused to let it dock.

Panama on Saturday reversed its decision to block the Zaandam from its canal, and said it would be allowed to pass “to provide humanitarian help.”

Another ship, the Rotterdam, has since arrived off the coast of Panama from San Diego carrying food, medical staff, testing kits, medicine and food for the beleaguered vessel.

Passengers showing no signs of the virus were ferried from the Zaandam to the Rotterdam on Saturday, a French tourist told AFP by telephone.

“It’s like emptying a bathtub with a teaspoon,” she said.

“The boats can hold about 100 people, and they are putting about half in at a time. That’s why it’s going slowly.”

The Zaandam cruise liner left Buenos Aires on March 7 and was supposed to arrive two weeks later at San Antonio, near Santiago in Chile.

Since a brief stop in Punta Arenas in Chilean Patagonia on March 14, it has been turned away from several ports after reporting that 42 people aboard were suffering from flu-like symptoms.

Then on Friday, Panama’s government blocked the vessel from its waterway, cutting off its route to Florida.

“It is very difficult to maintain mental health” aboard the vessel, passenger Dante Leguizamon, from Argentina, told AFP Saturday in a video recorded in the small cabin he has been confined to for six days.

“I am… on a boat that I cannot get off, with coronavirus patients, with four dead, going to Miami, full of uncertainty, without money… and without knowing if there is a plane back to my homeland.”

Panama’s Maritime Affairs Minister Noriel Arauz told AFP that 401 passengers who had tested negative for COVID-19 would be allowed to leave the Zaandam.

People who were ill and those who had been in contact with them will not be transferred.

The Zaandam will now head to Fort Lauderdale in Florida, where the remaining passengers will be able to disembark, according to Holland America and Panamanian officials.

The Rotterdam is expected to return to San Diego, Arauz said.